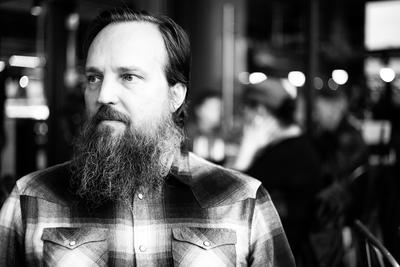 Originally trained as a medical doctor, Greg Zeschuk teamed up with Ray Muzyka to form the videogame company BioWare in 1995 in Edmonton. Over the next 17 years, BioWare went on to create many of the videogame industry’s most beloved role playing games, such as Baldur’s Gate, Star Wars Knights of the Old Republic, Dragon Age and Mass Effect, and form partnerships with LucasArts/LucasFilm, Microsoft and Electronic Arts (EA). BioWare was purchased by EA in 2007 and grew to eight studios across the globe.

Greg and Ray have received a number of honours and awards from their time in the videogame industry. These include the inaugural Alumni Innovation Award from the University of Alberta, induction into the JA Alberta Business Hall of Fame, nomination for the Academy of Interactive Arts and Sciences Hall of Fame and the International Game Developers’ Lifetime Achievement Award.

After leaving BioWare in 2012, Greg started a YouTube channel called The Beer Diaries focused on craft beer, and he served as the first executive director of the Alberta Small Brewers Association. This led to Greg starting a brewery in his hometown of Edmonton. Greg built the award-winning Ritchie Market, housing his brewery (Blind Enthusiasm Brewing Company) and restaurant (Biera), as well as a second brewery (The Monolith), focused exclusively on the barrel-fermentation of beer.

Greg now operates his companies while focusing on contributing to the community by hosting charitable events, participating in local festivals and engaging in fundraising efforts. He also serves on a number of private, public and not-for-profit boards.

Being named as a Member of the Order of Canada is an immense honour, and it’s something I never expected to receive. Throughout my career, I’ve had the great fortune to meet and work with great friends, colleagues and teammates, and this has consistently proven to be its own reward. I’ve benefited enormously from the support of my family and the community around me. I look forward to contributing to my local community, as well as doing my small part in having a positive impact on Canada in the future.