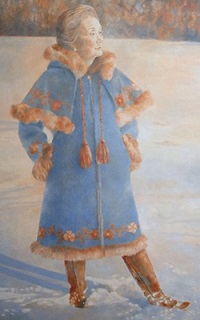 Born in Hong Kong in 1939, Madame Clarkson came to Canada as a refugee with her family, during the war in 1942. She received her early education in the Ottawa public school system and later obtained an Honours B.A. and an M.A. in English Literature from the University of Toronto. She also did post-graduate work at the Sorbonne in France, and became fluently bilingual.

A leading figure in Canada's cultural life, Madame Clarkson had a rich and distinguished career in broadcasting, journalism, the arts and the public service. During her career, Madame Clarkson received numerous prestigious awards both in Canada and abroad, in recognition of her outstanding contributions in professional and charitable endeavours. She was appointed an Officer of the Order of Canada in 1992, and upon her appointment as governor general in 1999, she became Chancellor and Principal Companion of the Order of Canada.