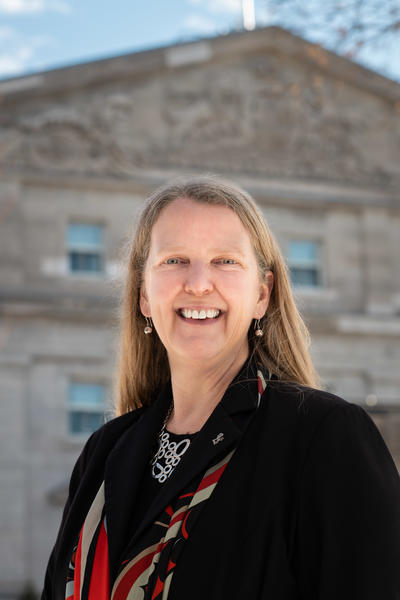 Christine MacIntyre is the deputy secretary to the Governor General of Canada, responsible for the Policy, Program and Protocol Branch. Her initial experience with the Office of the Secretary of the Governor General began in 1993, in her role as a student guide-interpreter—a summer job that fostered in her a devotion to serving public institutions and a passion for client service.

Since 1999, Ms. MacIntyre has ensured the delivery of programs and services supporting the mandates of five governors general, which encompassed protocol, events, visitor experience, education, hospitality and household management. She has more than 25 years of experience leading teams in the planning and delivery of State, ceremonial, official and public events, both in Canada and abroad.

Between 1992 and 1999, she served as a protocol officer at the Parliament of Canada and also held various leadership positions within the parliamentary visitor experience program.

Ms. MacIntyre graduated from the University of Ottawa with a Master of Arts in English Literature.