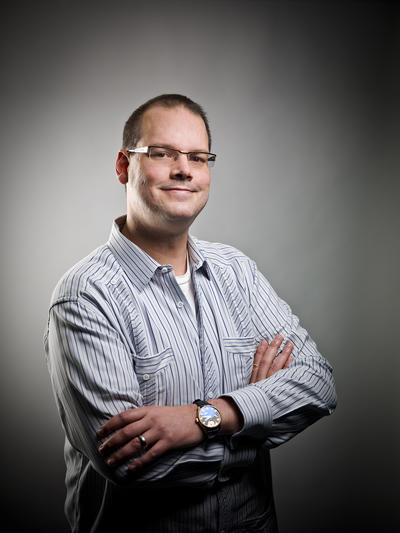 Originally trained as a medical doctor, Ray Muzyka teamed up with Greg Zeschuk to form the videogame company BioWare in 1995 in Edmonton. Over the next 17 years, BioWare went on to create many of the videogame industry’s most beloved role playing games, such as Baldur’s Gate, Star Wars Knights of the Old Republic, Dragon Age and Mass Effect, and form partnerships with LucasArts/LucasFilm, Microsoft and Electronic Arts (EA). BioWare was purchased by EA in 2007 and grew to eight studios across the globe.

Ray and Greg have received a number of honours and awards from their time in the videogame industry. These include the inaugural Alumni Innovation Award from the University of Alberta, induction into the JA Alberta Business Hall of Fame, nomination for the Academy of Interactive Arts and Sciences Hall of Fame and the International Game Developers’ Lifetime Achievement Award.

After leaving BioWare in 2012, Ray founded ThresholdImpact, a company that encourages socially responsible, sustainable change by mentoring, advising and investing in social entrepreneurs focused on information technology, healthtech and medical innovations. He is an active angel investor and entrepreneurial mentor.

Ray is a member of the Board of Governors of the University of Alberta, Founding Chair of the University of Alberta’s Venture Mentoring Service, Chair of the Alberta Research and Innovation Advisory Committee and a Venture Advisor at iNovia Venture Capital. He is a mentor in the Creative Destruction Lab at CDL West, CDL Rockies and CDL Toronto, and also serves on a number of private company boards.

It’s truly a great honour to be named as a Member of the Order of Canada; it’s particularly humbling when I consider the other esteemed recipients of the award, past and present! I’m very thankful for the support of my family, and for being able to work with so many amazing friends and colleagues over my three career chapters to date. I will strive to continue working to help build a greater Canada and a better world in the future through my ongoing mentorship work with social entrepreneurs, and as an active impact angel investor at ThresholdImpact.