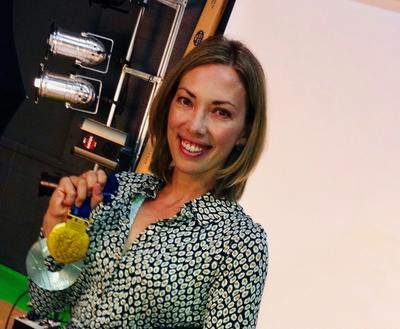 Beckie Scott retired in 2006 as Canada’s most decorated cross-country ski racer in the history of the sport. A three‑time Olympian, Scott raced in the 1998, 2002 and 2006 Winter Olympic Games. She won gold in Salt Lake City in 2002, becoming the first Canadian (and first North American) woman to win an Olympic medal in cross-country skiing. She followed that up with Olympic silver in 2006 and a record 17 World Cup podium finishes. In the final year of her career, she finished 2nd in the Overall World Cup Standings.

On retirement, Beckie was elected to the International Olympic Committee’s Athlete Commission for an eight-year term. She has served as a director on the boards of the Canadian Olympic Committee and the Vancouver 2010 Olympic Organizing Committee, as well as the Canadian Centre for Ethics in Sport. A widely respected world leader in anti-doping, Beckie Scott chairs the World Anti-Doping Agency’s Athlete Committee and is recognized globally for her advocacy and work on behalf of clean, fair, doping-free sport.

The magnitude of receiving such a distinguished award is almost indescribable, and I could not be more honoured to join the ranks of such accomplished Canadians. I feel tremendously grateful to have been born in Canada and thus afforded all the opportunities this country has to offer. From being able to pursue my own hopes and dreams as an elite ski racer, to the pursuit of a level playing field and justice for clean athletes, to now offering sport for development to Indigenous children and youth, I have been fortunate to find paths and journeys that have been challenging but deeply inspiring. My father was an immigrant to Canada but without question the proudest Canadian I knew. He would have been profoundly moved to know I was receiving this award and so, I dedicate this to him and his indomitable spirit.