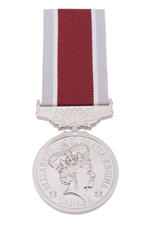 Rather than creating a new honour for each new Canadian Armed Forces  operation as it arises, the General Service Medal – with its theatre or service specific ribbons – can be awarded in future to honour participation in any operation that meets the criteria.