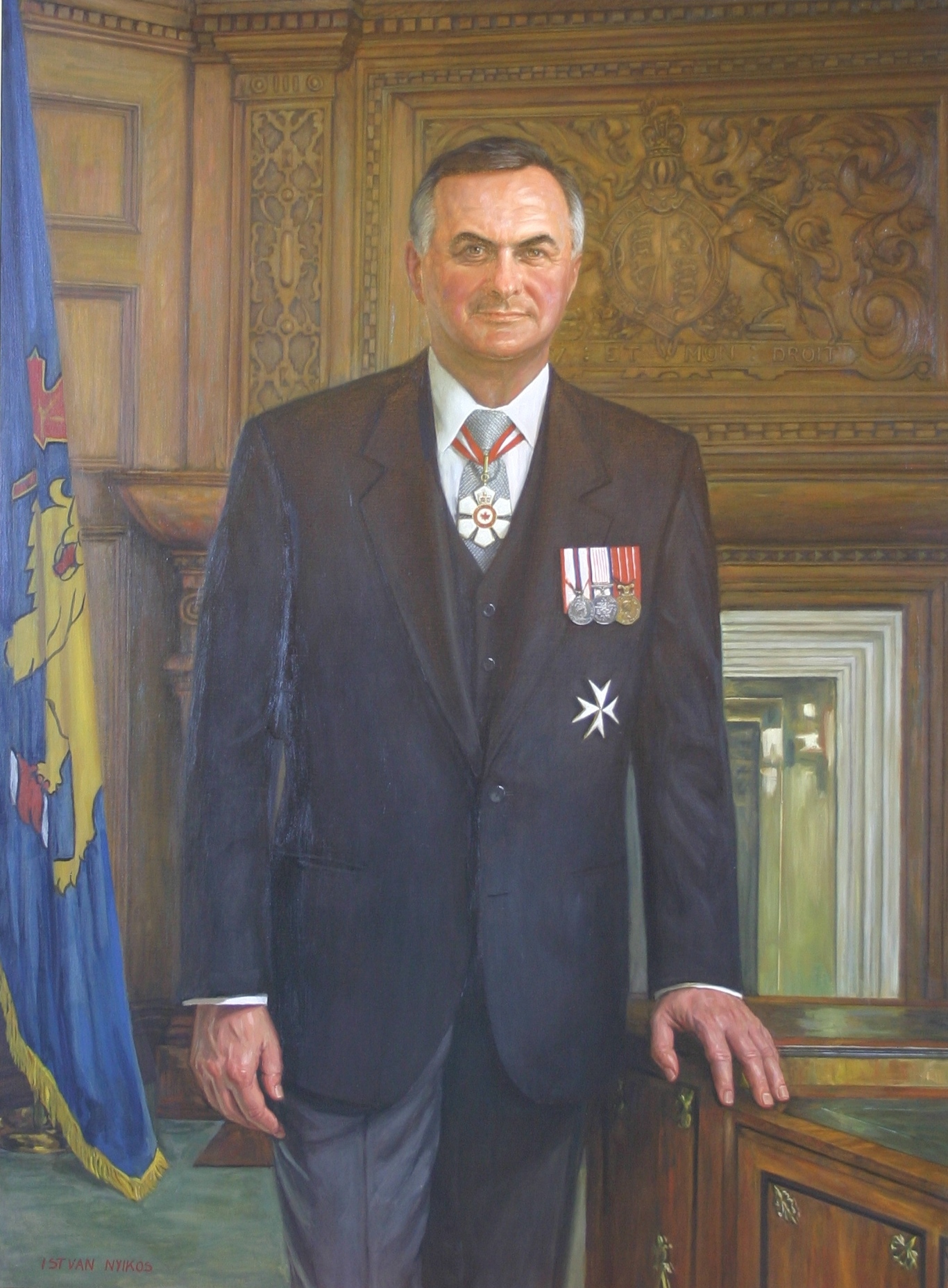 Rideau Hall has always been one of Ottawa's most interesting landmarks. During the Right Honourable Ramon John Hnatyshyn's term of office, the official residence began to be known as a tourist destination, with many Canadians enjoying tours of the public rooms and grounds. In 1991, Mr. Hnatyshyn created the Governor General's Summer Concert Series, which became a popular annual music festival. In the winter of 1992, he re-opened the historic skating rink, which had been closed since the 1989/90 season. The rink is used by members of the public on weekends, and by educational institutions and associations throughout the week.

Mr. Hnatyshyn and his wife, Gerda, were determined to develop Rideau Hall into a showcase for Canadian excellence. In 1994, Mrs. Hnatyshyn co-authored a book, Rideau Hall: Canada's Living Heritage, with the understanding that the proceeds would be used to expand the national collection of art and furnishings at the official residence. Mrs. Hnatyshyn also collaborated with the Canadian Heritage Garden Foundation, an independent charitable foundation, to construct a heritage garden as a particular point of interest on the Rideau Hall grounds.

In his role as governor general, Mr. Hnatyshyn, accompanied by his wife, received leaders and dignitaries from around the world. Their guests included President Lech Walesa of Poland, Prime Minister Yitzak Rabin of Israel, President Boris Yeltsin of the Russian Federation, Their Majesties the King and Queen of Jordan, and President Vaclav Havel of Czechoslovakia. Mr. and Mrs. Hnatyshyn also welcomed many members of the Royal Family, including Their Royal Highnesses the Prince and Princess of Wales, in 1991. The Hnatyshyns also travelled abroad, representing Canada at the 50thanniversary celebrations of D-Day in France, in 1994, and going on several State visits, including one to Ukraine, which was particularly special, given Mr. Hnatyshyn's Ukrainian heritage.

The Hnatyshyns encouragement of the arts in Canada was one of the important accomplishments of their term. They established the Governor General's Performing Arts Awards in 1992, along with the Ramon John Hnatyshyn Award for Voluntarism in the Arts in the same year. Every year, both awards are presented at a ceremony at Rideau Hall, which is followed by the Performing Arts Awards Gala at the National Arts Centre, in Ottawa, which is broadcast on a later date by the CBC.

During their time at Rideau Hall, Mr. and Mrs. Hnatyshyn strengthened ties with Canadian youth. They ensured that young people were invited to as many events as possible and stressed the importance of encouraging Canada's young people to achieve their academic potential. In 1992, Mr. Hnatyshyn hosted a rock concert on the grounds of Rideau Hall, focussing attention on the Stay in School campaign and the Canadian Scholarships Program. The concert aired on YTV as "His Excellency's Most Excellent Rock Concert".

Several other awards and scholarships were established during the Hnatyshyn mandate, including the Ramon John Hnatyshyn Cup, presented annually to the winning team of the Canadian International Dragon Boat Festival; and the Governor General's Canada Scholarships in Environmental Engineering and Environmental Sciences.

As Canada's governor general, Mr. Hnatyshyn understood the vital need to champion the diversity that enriched Canadian society, and was a strong advocate of multiculturalism.

Mr. Hnatyshyn attended Victoria Public School and Nutana Collegiate Institute. He continued his studies at the University of Saskatchewan, where he earned a Bachelor of Arts degree in 1954, and a Bachelor of Law degree in 1956. He married Karen Gerda Nygaard Andreasen on January 9, 1960, and the couple had two sons.

He was called to the Bar of Saskatchewan in 1957, and to the Ontario Bar in 1986. He was first elected to the House of Commons in 1974, and on June 4, 1979, he was sworn into the Privy Council, after which he held a number of different ministerial portfolios.

Mr. Hnatyshyn's honours include a 1988 appointment as Queen's Counsel (QC) for Canada and, a year later, an honorary life membership in the Law Society of Saskatchewan. In 1989, he received the St. Volodymyr Medal Award from the World Congress of Ukrainians, in recognition of "outstanding contributions to the cause of justice and civil liberties". Following his departure from Rideau Hall and his return to law practice in Ottawa, he received the Mount Scopus Award from the Hebrew University in 1996, for "demonstrating broad humanitarian concern throughout his career."