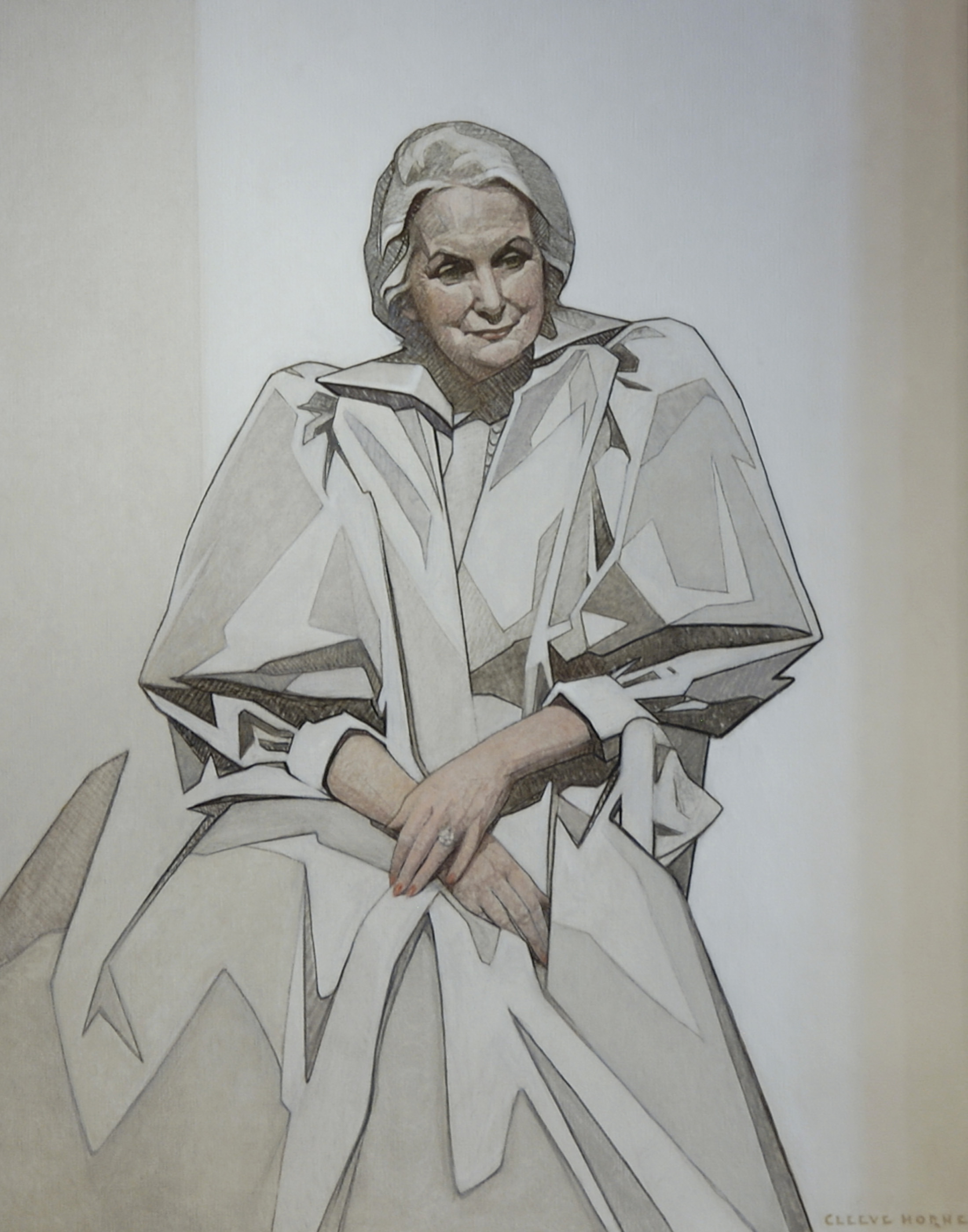 Mme Sauvé was a staunch advocate of issues surrounding youth and world peace, and the dove of peace is one of the elements incorporated into Madame Sauvé's coat-of-arms. Long before her viceregal mandate, she worked as assistant to the director of the Youth Secretariat of UNESCO, served as secretary of the Canadian Committee for the World Assembly of Youth, and initiated and hosted a discussion show for youth. At Rideau Hall, she established two awards for students wishing to enter the field of special education for exceptional children. At the end of her mandate, she established the Jeanne Sauvé Youth Foundation, dedicated to the cause of youth excellence in Canada.

Mme. Sauvé's concern for youth and peace were two of the three central themes of her mandate – the third was national unity. She travelled extensively, making her role as governor general – a symbol of our common identity – accessible to all Canadians. In her installation speech, she spoke about the need for Canadians to forego a narrow sense of their nation and become more tolerant. "This is the price of our happiness," she said, "but happiness will never be found in the spirit of 'every man for himself'."

During Mme Sauvé's term of office, the United Nations General Assembly declared 1986 as the "International Year of Peace". One initiative developed by the Department of Foreign Affairs and other partners was a publication entitled, What Peace Means to Me (Ma vision de la paix). The publication, with a forward written by Mme Sauvé, contained essays written by various members of the Order of Canada, as well as the winning essays and posters from a contest sponsored by the United Nations Association in Canada.

In 1986, on behalf of the 'People of Canada', Mme Sauvé accepted the Nansen Medal, a prestigious international humanitarian award given in recognition of major and sustained efforts made on behalf of refugees. This was the first time since the medal's inception in 1954 that the United Nations High Commissioner for Refugees presented it to an entire population. The Nansen Medal is kept at Rideau Hall.

Mme Sauvé's enthusiasm for the value of sports led her to establish the Jeanne Sauvé Trophy for the World Cup Championship in women's field hockey, and the Jeanne Sauvé Cup for the Canadian Ringette Champions. She also created the Jeanne Sauvé Fair Play Award to recognize national amateur athletes who best demonstrate fair play and non-violence in sport. And she encouraged a safer society in Canada by establishing the Governor General's Award for Safety in the Workplace.

During her term as governor general, Mme Sauvé made State visits to Italy, the Vatican and the People's Republic of China. In Thailand, she received an honorary doctorate in political science from the University of Chulalongkorn, Bangkok, and in France, she received the Médaille de la Chancellerie des universités de Paris, from La Sorbonne in Paris. She also made a State visit to Uruguay and Brazil; to commemorate the Brazil visit, she established the Governor General Jeanne Sauvé Fellowship / Bourse commémorative du gouverneur général Jeanne Sauvé, an award to be given each year to a Brazilian graduate student of Canadian studies.

Mme Sauvé also received a number of distinguished visitors, including The Queen and the Duke of Edinburgh; Queen Elizabeth, the Queen Mother; Prince Andrew; The Duke and Duchess of York; King Carl Gustaf of Sweden; Queen Beatrix of the Netherlands; King Hussein of Jordan; Pope John Paul II; U.N. Secretary General Javier Perez de Cuéllar; U.S. President Ronald Reagan; French President François Mitterrand; Chinese President Li Xiannian; and Romanian President Nicolae Ceaucescu, as well as the presidents of Israel, Tanzania, Italy, the People's Republic of the Congo, the Republic of Cameroon, Iceland and the Philippines. As well, in 1988, Mme Sauvé met with Mother Teresa of Calcutta, at the Citadelle of Québec.

She also hosted Prince Edward, who presented the Royal Letters Patent signed by Her Majesty patriating heraldry to Canada, which led to the establishment of the Canadian Heraldic Authority. As the Head of the Canadian Heraldic Authority the Governor General holds the Sovereign's prerogative power and provides for the creation of new heraldic honours in the form of coats of arms, flags, badges and other emblems.

One of her favourite events was the annual Christmas party for the Ottawa Boys and Girls Club and its French counterpart, the Patro d'Ottawa. The children came to Rideau Hall for lunch and a visit with Santa. Mme Sauvé personally hosted her young guests and wore a paper party hat to celebrate the special occasion.

During his wife's mandate, M. Maurice Sauvé continued to pursue his own business concerns while participating in many Canadian cultural activities.

Jeanne Mathilde Benoit studied at Notre-Dame du Rosaire Convent in Ottawa and the University of Ottawa. She was actively involved in student and political affairs, and became the national president of the Young Catholic Students Group at the age of 20. She married the Honourable Maurice Sauvé on September 24, 1948 at St-Jean Baptiste Church in Ottawa. Later that same year, they moved to Europe, where she earned a diploma in French civilization at the Université de Paris. The couple had one child.

Mme Sauvé was a founding member of the Institute of Political Research and for over 20 years had a distinguished career as a journalist with the Canadian Broadcasting Corporation. She was elected as a Liberal member of Parliament for Ahunstic (Montréal) in 1972 and was subsequently appointed Minister of State for Science and Technology. She was re-elected in July 1974 and given the environment portfolio. Then, in 1975, she was appointed Minister of Communications with responsibility for French speaking countries in the Department of External Affairs.

After completing her term of office as Governor General in 1990, the Sauvés retired to Montréal, where she worked to forward the interests of the Jeanne Sauvé Youth Foundation. She died three years later after an extended illness, her husband having pre-deceased her in 1992.