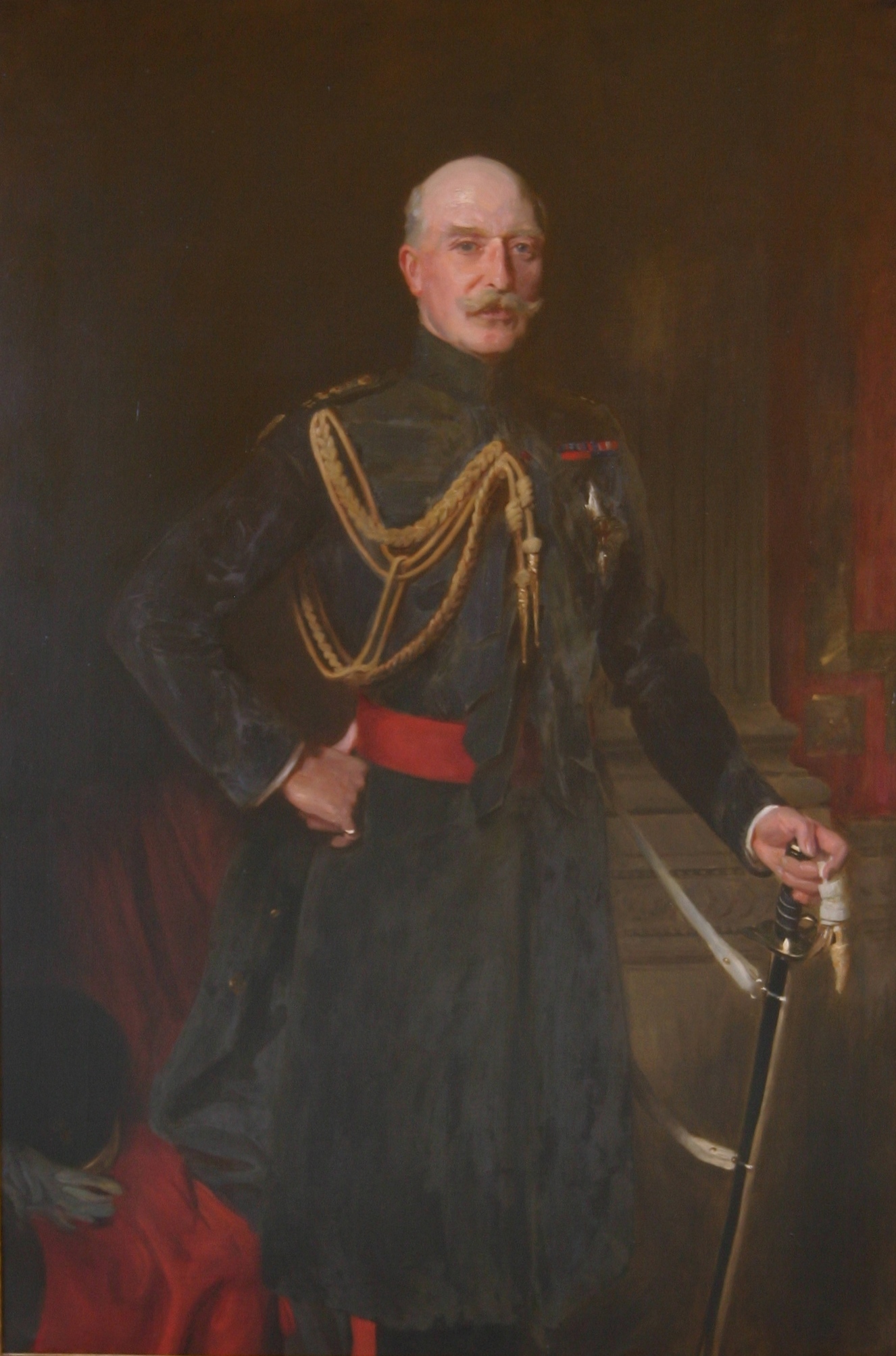 Prince Arthur, the Duke of Connaught, was the third son of Queen Victoria, and was the first member of the Royal Family to become Governor General of Canada.

During the Duke of Connaught's term of office, Sir Robert Borden was Prime Minister and Canada continued to grow and mature as a nation. In 1914, however, World War I gave Canada one of its greatest challenges. The call to arms as a colony of Britain between 1914 and 1918 taxed Canada's human and physical resources. At the same time, it was a chance to strengthen Canadian nationalism and to create a larger role for Canada internationally. Against the background of war, the Duke of Connaught stressed the importance of Canadian military contributions, but also sought to enhance charity at home. The Connaughts also made an effort to contribute to the social life of the capital, making Rideau Hall a major site for events for Canadians from across the country.

The Duke of Connaught went to his office in the East Block of Parliament Hill daily when he was in Ottawa. He also travelled throughout Canada with his family, meeting all kinds of Canadians, who received them with great enthusiasm. Port Arthur, now part of Thunder Bay, Ontario, was named in his honour. He emphasized military training and readiness for Canadian troops departing for war, and gave his name to Connaught Cup for the Royal North West Mounted Police, to encourage pistol marksmanship for recruits, a competition originally established in 1912 as the Revolver Challenge Cup. He was active in auxiliary war services and charities and conducted hospital visits, while the Duchess of Connaught worked for the Red Cross and other organizations to support the war cause. She was also Colonel-in-Chief of the Duchess of Connaught's Own Irish Canadian Rangers battalion, one of the regiments in the Canadian Expeditionary Force.

Their daughter, Princess Patricia, also lent her name and support to the raising of a new Canadian army regiment -- Princess Patricia's Canadian Light Infantry. Princess Patricia personally designed its badge and colours for the regiment to take overseas to France. As the regiment's Colonel-in-Chief, she played an active role in the regiment until her death. She was succeeded in 1974 by her cousin and god-daughter the Rt. Hon. Lady Patricia Brabourne, who became the Countess Mountbatten of Burma.

For Christmas in 1915, the Duchess sent a card and a box of maple sugar to every Canadian serving overseas. She also had a knitting machine on which she made thousands of pairs of socks for soldiers. The Duke of Connaught and his family grieved the loss of many of their personal staff serving overseas during the war. Following the war, he commissioned a stained glass window in their memory which is located in St. Bartholomew's Church next to Rideau Hall, which the family attended regularly.

Princess Patricia was an avid skater and became a society favourite in Ottawa. She started a tradition of dress dinners where guests arrived in various national dress and she hosted

numerous skating parties at Rideau Hall. With her husband, she held many fancy dress balls and organized huge children's parties, and he continued the 'Lord Grey Competitions for Music and Drama'. In September of 1916, he laid the cornerstone for the new Parliament buildings in Ottawa, after the old building was almost completely destroyed by fire in February of the same year.

Many improvements were made to Rideau Hall during the Connaught's term. The present facade, which includes the Royal Coat of Arms carved in stone, was added to the front of the building. The Long Gallery was built, the greenhouse was extended, and a new cloakroom also added. A police guardhouse, the present three-car garage, and a second staff residence were also added to the grounds, in addition to the hundreds of deciduous trees that were planted.

As his term drew to a close in 1916, he publicly stated his regret on leaving Canada, as he and his family had grown very comfortable here.

The Duke of Connaught completed a military career which included formal education at the British Royal Military College, followed by service in South Africa, Egypt, India, Ireland and Canada, during the Red River Rebellion of 1870. He married Princess Louise Margaret of Prussia on March 13, 1879, and together they had three children: Princess Margaret, Prince Arthur and Princess Patricia. They lived in India for many years prior to his appointment as Governor General of Canada.

In February 1919, Princess Patricia married Captain Alexander Ramsay, her father's Aide-de-Camp. Because he was a commoner, she felt obliged to renounce her royal titles and became Lady Patricia Ramsay.