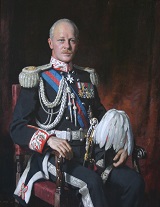 Communications was a hallmark of Lord Bessborough's term of office. His installation was the first to be broadcast nationally by radio. He inaugurated the first trans-Canadian phone system in 1932, speaking from his study at Rideau Hall to each of the Lieutenant Governors, and had a direct telephone link established between his office and that of Prime Minister R.B. Bennett. He also saw the creation of the Canadian Broadcasting Corporation.

Like his predecessors, Lord Bessborough travelled throughout Canada – voyages that helped him understand the national character. This was the era of the Great Depression and Lord Bessborough witnessed first-hand its impact on the country. While he was deeply affected by the suffering of so many people, he also admired their dignity and perseverance. In a speech given in Shawbridge, Quebec he remarked, "Having seen the Dominion during this period I think I have learned to appreciate Canadians far more than I would have been able to do in time of general prosperity. There is nothing more encouraging and cheering than the calm steady way Canadians have pursued their daily tasks during the difficult period with a supreme faith in the destiny of their country." His sympathy for the hardships of others prompted Lord Bessborough to recommend a reduction of 10 per cent in his salary – a suggestion that was accepted.

After it was agreed that the Governor General of Canada would no longer represent the British Government, by patent of His Majesty George V, a new standard was designed for the office. In 1931, Lord Bessborough was the first to fly this new Viceregal standard designed specifically for Canada, showing a heraldic lion with the word Canada underneath. It is flown to indicate the presence of the Governor General at Rideau Hall or at other locations for official ceremonies, a tradition that continues to this day.

Despite the Depression, Canada was a growing country with new institutions and an emerging international role, and as Governor General, Lord Bessborough played an important role in these developments. In 1932, he opened the Imperial Economic Conference in the House of Commons -- Ottawa's first great international gathering. He also opened the new Welland Canal and the new building of the National Research Council of Canada in Ottawa.

At both Rideau Hall and La Citadelle, the Bessborough's welcomed a number of prominent visitors – including Prince and Princess Takamatsu of Japan and the King and Queen of Siam, Winston Churchill and Sir Hubert Wilkins, the Arctic explorer.

Lord and Lady Bessborough brought their interest in theatre to Canada – their son, Viscount Duncannon, was active in the Ottawa Little Theatre. One of the highlights of the Bessborough's term was the organization of the Dominion Drama Festival. With help from Vincent Massey and Colonel Henry C. Osborne of the Ottawa Little Theatre, Lord Bessborough created a nation-wide competition for amateur companies with the finals held in Ottawa. The first Festival was in April 1933 and the highest award, the Bessborough trophy, was won by a group from Winnipeg. The Bessborough trophy was later replaced by the Calvert trophy. The festival's official photographer later rose to prominence – Yousuf Karsh's extraordinary career was launched with his subsequent portraits of the Bessboroughs.

The Bessboroughs took an active interest in Canadian life in other ways, too. They participated in a campaign to increase membership in the Scouts. In January 1935, they launched the King's Jubilee Cancer Fund with a radio broadcast from Rideau Hall. And one of the last events during Lord Bessborough's term was the celebration of King George V's Silver Jubilee in May 1935.

After completing his education at Harrow and Trinity College, Cambridge, Lord Bessborough began his career in law in 1903. This was followed by his marriage to Roberte de Neuflize, the only daughter of Baron Jean de Neuflize of Paris, France. They were married on June 25, 1912, and had four children. In 1925, their ten-year old son died in a riding accident. Their fourth child was born in Canada four months after their arrival and given the name of George St. Lawrence (after the river) Neuflize.

Lord Bessborough ran for various positions of public office. He held seats in the London County Council from 1907 to 1910 and the House of Commons as a Member of Parliament for the Conservative Party from 1913 to 1920. Then on the death of his father, he succeeded to the Earldom in the Irish peerage as 9th Earl of Bessborough and entered the House of Lords.

Following the war, he pursued a successful business career, holding directorships in several large commercial firms, one of the most notable being his position as deputy chairman of DeBeers Consolidated Mines.

After his term as Governor General ended, Lord Bessborough returned to England and for a short time returned to his earlier business pursuits. On June 2, 1937, he was created 1st Earl of Bessborough in the United Kingdom for his services in Canada. During the Second World War, he helped establish a department within the Foreign Office that looked after the welfare of French refugees in Britain.

A year before his death in 1956, Lord Bessborough and his wife made a last visit to Canada and stayed with Vincent Massey at Rideau Hall. During his time in Canada, he witnessed a country that had successfully emerged from the Depression of the 1930s, but also a country changed by World War II and the Korean War.