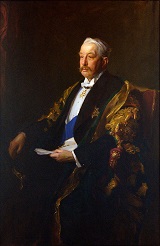 The appointment of the Duke of Devonshire as Governor General caused brief political problems because Prime Minister Borden's government had not been consulted by the British Prime Minister. Such consultation had become an established practice, and the insult Prime Minister Borden felt at this caused considerable difficulties at the beginning.

But by the time his term ended, the Duke of Devonshire had overcome the initial suspicion surrounding his appointment. He displayed great dignity and wisdom, particularly with the many Canadians he met. Prime Ministers Borden and Meighen both came to view him as a personal friend and a friend of Canada. Borden said of the Duke of Devonshire that, "No Governor General has come¼ with a more comprehensive grasp of public questions as they touch not only this country and the United Kingdom, but the whole Empire."

There was great social upheaval in Canada during the Duke of Devonshire's term of office. World War I still raged, and Canada continued to commit supplies and troops. The Canadian victory at Vimy Ridge in 1917 confirmed the fighting ability of our troops, and fuelled Canadian pride and nationalism at home. The Duchess of Devonshire took an active part in volunteer organizations to help ease the suffering of people affected by the war, and she visited many military hospitals across the country.

The war was also causing social problems. The Canadian government introduced conscription shortly after the Duke of Devonshire's arrival. The decision was particularly divisive between French and English Canadians. Devonshire did what he could to encourage reconciliation, but he was very conscious of his role as Governor General, which at that time was still closely linked to the British government. As a result, he was careful to consult with Prime Minister Borden and the opposition leaders, and to not interfere in political matters.

As well, the women's suffrage movement grew in strength and, during the Duke of Devonshire's term, women were given the vote. Social unrest also came, however, in the form of the Winnipeg General Strike, as Canadians made new demands of society and of the political system that served them. Prime Minister Borden retired towards the end of the Duke of Devonshire's term, and was replaced by Prime Minister Meighen.

While the Duke of Devonshire did not intervene in politics, he was clearly interested in Canadians and their lives, and undertook several tours across the country. In 1918, he went to Washington to visit, informally, President Woodrow Wilson at the White House. The following year, he received the Prince of Wales in Ottawa on the Prince's first tour of Canada.

With his own experience in England as an agricultural land owner, he was extremely interested in the development of farming in Canada. During his travels, he discussed agricultural issues with farmers and others in the industry. They found he had the knowledge and expertise to back up his interest in this field.

He visited many agricultural and horticultural fairs, shows, and sugaring-off parties in the Gatineau. In 1921, the Duke of Devonshire Trophy for the Ottawa Horticultural Society was established. One of his major projects was to encourage the establishment of experimental farms, including the Government of Canada's major experimental farm, then on the outskirts of Ottawa. His speeches often spoke of Canada's potential to lead the world in agricultural research and development.

The Duke of Devonshire was also a patron of the arts. He often visited the National Gallery of Canada, and encouraged frequent theatrical performances at Rideau Hall. Skating and tobogganing parties also continued on the grounds during the winters, where the Duchess was able to refresh the skating techniques she had learned as a girl at Rideau Hall. The Duke also loved ice hockey, and attended many matches. They also made improvements to Rideau Hall by building tennis courts and developing the gardens. And in 1918, the Duchess of Devonshire became the first woman to plant a ceremonial tree, a sugar maple, on the grounds of Rideau Hall. Of everything the Duke enjoyed about Canada, however, he especially enjoyed the residence at La Citadelle in Quebec City, and he loved spending time there.

Beginning his education at Eton, he carried on his studies at Trinity College, Cambridge prior to beginning a career in politics in 1891. He married Lady Evelyn Emily Mary Fitzmaurice, eldest daughter of Lord Lansdowne (Canada's fifth Governor General), on July 30, 1892. Together, they had two sons and five daughters. Two of their daughters married ADC's to their father while he was Governor General: Lady Maud Cavendish married Captain Angus Mackintosh in 1917, and Lady Dorothy Cavendish married Captain Harold MacMillan, who later became Prime Minister of Britain, in 1920. Their youngest son, Charles Arthur Francis, married Adele Astaire, the sister of Fred Astaire, in 1932.

On the death of his father in 1891, who represented West Derbyshire, he succeeded his father unopposed, becoming the youngest member of the House of Commons. He remained elected to that seat until 1908. He also acted as Treasurer to His Majesty's Household from 1900 to 1903, then Financial Secretary to the Treasury from 1903 to 1905. He was Mayor of Eastbourne from 1909-10 and of Chesterfield from 1911-12, and a Civil Lord of the British Admiralty between 1915 to 1916. He was appointed Governor General of Canada in 1916.

On returning to England after his term in Canada, he worked for the League of Nations and was then Secretary of State for the Colonies until 1924. On his retirement from political life, he lived on his estate in Derbyshire until his death in 1938. Lady Evelyn died in 1960.