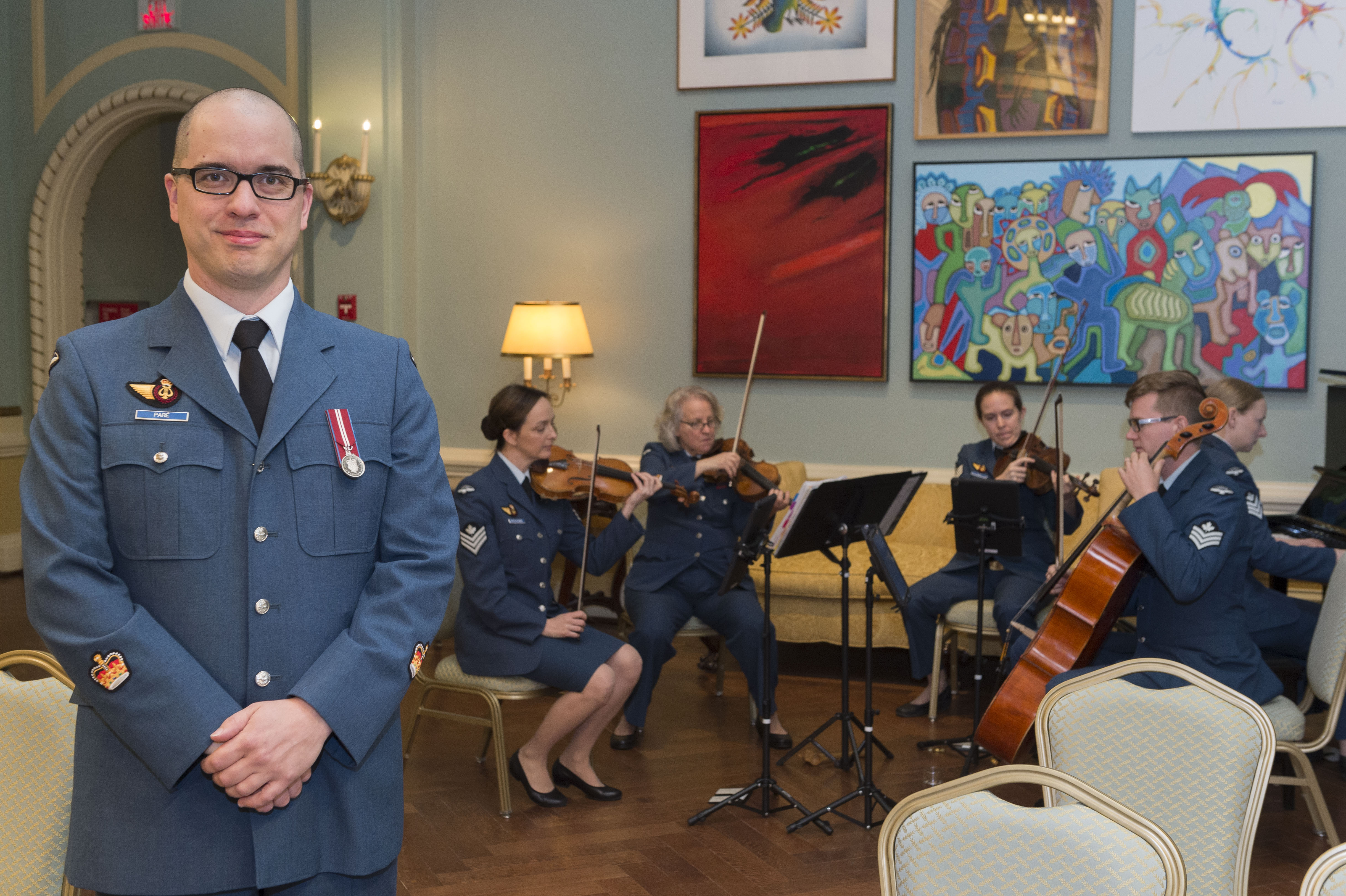 The May 12, 2017, Order of Canada investiture ceremony marked the official premiere of the “Recipients’ March,” a processional commissioned to celebrate the Order’s 50th anniversary. This piece will be played as recipients enter Rideau Hall’s Ballroom at all investiture ceremonies, from this point forward.

In commissioning this composition, the Chancellery of Honours worked with the Central Band of the Canadian Armed Forces, whose musicians perform at most viceregal events. Warrant Officer Simon Paré was selected to compose the work and, during the composition process, he was given the opportunity to work with a mentor, renowned film composer François Dompierre, C.M., C.Q., who was appointed to the Order of Canada in 2014.

Uplifting and exciting, the resulting piece is a beautifully composed tribute to the members of the Order of Canada.