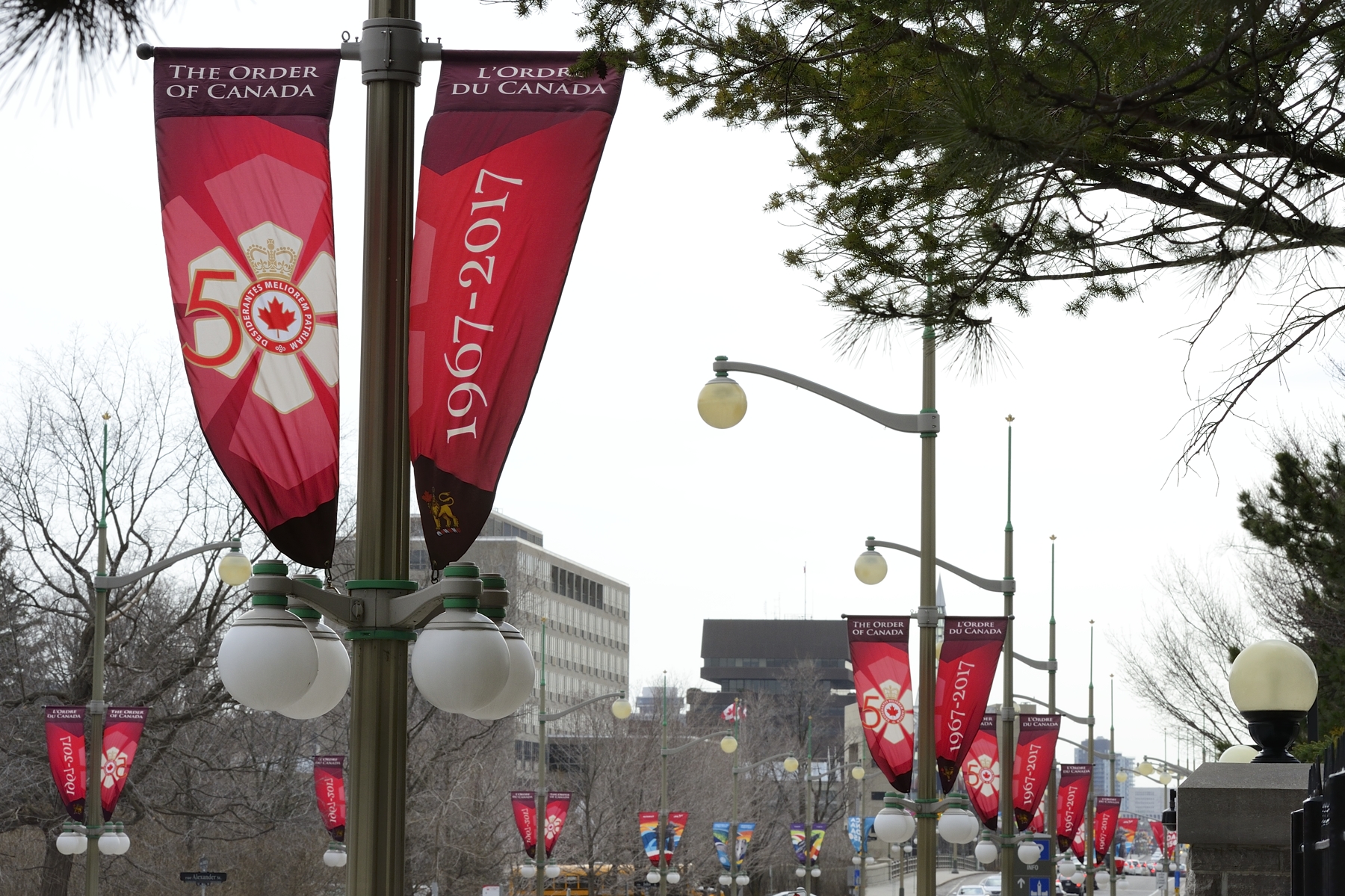 Vibrantly coloured banners celebrating the 50th anniversary of the Order of Canada now line Ottawa’s Confederation Boulevard, a route travelled by heads of State, dignitaries and tourists alike when they are visiting Canada’s Capital Region.

Showcasing the Order’s striking snowflake insignia, the banners are part of a program managed by the Department of Canadian Heritage to mark important national milestones. This year, from April until October, the Order of Canada banners will be featured alongside those marking the 150th anniversary of Canada’s Confederation and the 100th anniversary of the Battle of Vimy Ridge.

The next time you are in town, look up and take pride in the Order’s celebrated past and inspiring future!