As The Queen’s representative in Canada, the governor general has a number of responsibilities, one of them being the swearing into office of Cabinet ministers. 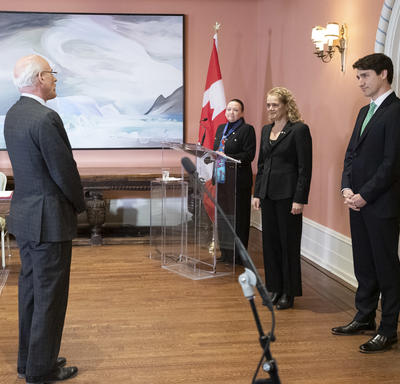 Michael Wernick, clerk of the Privy Council, stands in front of Governor General Julie Payette and Prime Minister Justin Trudeau. In the corner of the room stands the MC behind a podium.