OTTAWA—Her Excellency the Right Honourable Julie Payette, Governor General of Canada, receives the letters of credence of six new heads of mission during a ceremony at the Citadelle of Quebec on Tuesday, July 9, 2019, at 1:30 p.m.

Upon their arrival in Canada, and before they can carry out their duties as heads of mission, new ambassadors, as well as new high commissioners of countries for which Her Majesty Queen Elizabeth II is not head of State, must be officially welcomed by the governor general of Canada. High commissioners representing countries for which The Queen is the head of State are formally introduced to the prime minister of Canada. 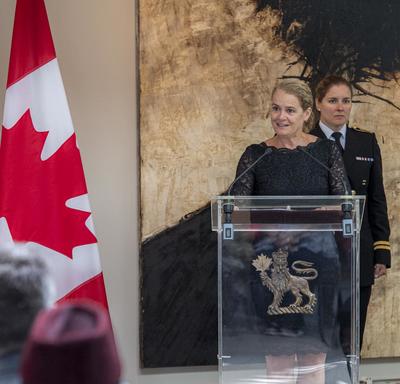