The Governor General delivered remarks at the Kandahar Cenotaph Rededication Ceremony. The ceremony recognized and paid tribute to the sacrifices of Canada’s fallen serving in Afghanistan.

The cenotaph is now located at National Defence Headquarters in Ottawa. 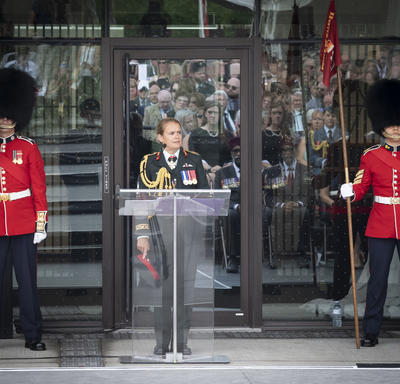 The Governor General delivers remarks at a podium, two ceremonial guards standing solemnly on either side.