.@GovGPAA recipients have the power to enchante, to amaze and to captivate us through their art. They are nothing short of extraordinary. #GGAwards pic.twitter.com/MCncmwFdeh

Created in 1992 by the late Right Honourable Ramon John Hnatyshyn, then-Governor General, and his wife, Gerda, the Governor General’s Performing Arts Awards are presented annually to Canadians whose extraordinary achievements have contributed significantly to the enrichment of Canada’s cultural life. 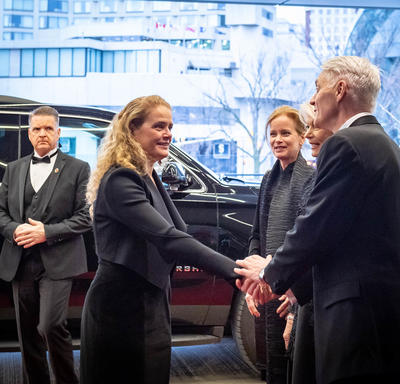 Upon arrival, the Governor General is welcomed to the National Arts Center.