The Governor General attended the funeral of Paul Gérin-Lajoie at the Mary Queen of the World Cathedral of Montréal.

Mr. Gérin-Lajoie was invested as a Companion of the Order of Canada in 1980, in recognition of his distinguished services to his country, chiefly as president of the Canadian International Development Agency from 1970 to 1977, and as deputy premier and minister of education of the Government of Québec from 1960 to 1966. 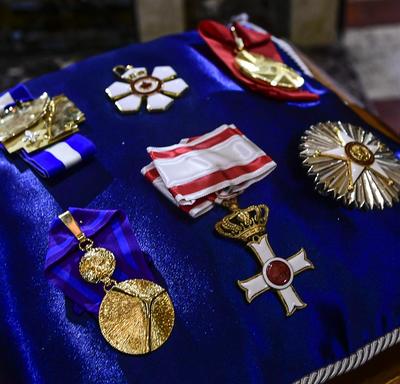 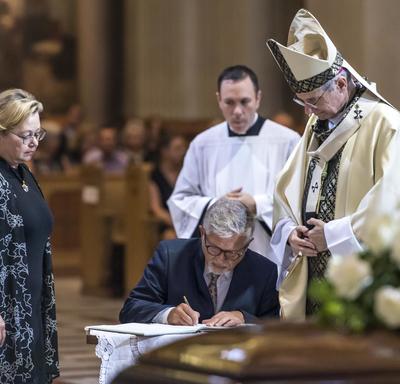 François Gérin-Lajoie and his sister signed the registry. 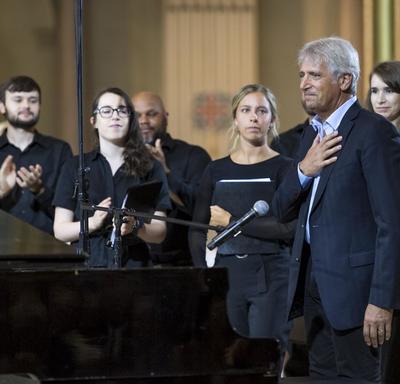 French artist Yves Duteil sang his song entitled "Apprendre" that Paul Gérin-Lajoie asked him to write when he met him many years ago. 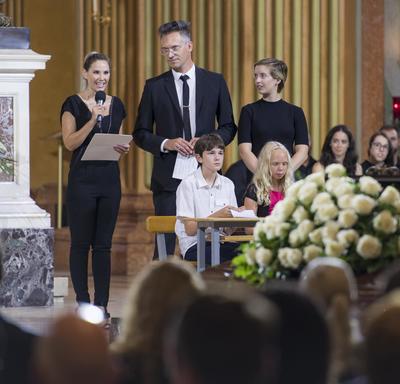 More testimonials from past and current participants of the Dictée PGL, founded by Mr. Gérin Lajoie, were heard. 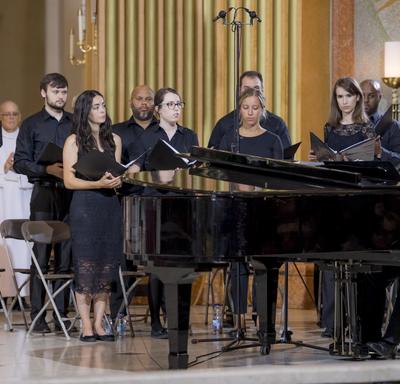 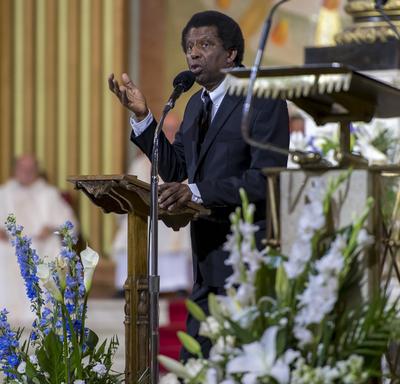 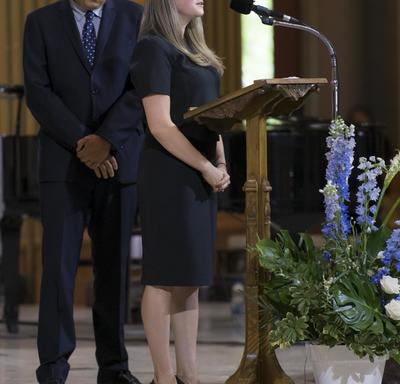 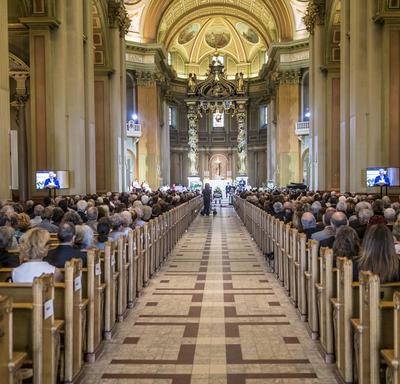 The service was held at the Mary Queen of the World Cathedral and attended by family members, friends, as well as Canadian and foreign dignitaries. 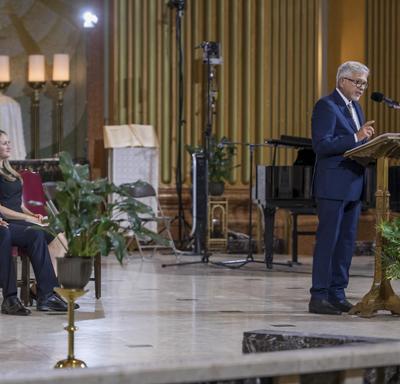 François Gérin-Lajoie, the eldest son of four children, paid tribute to his father by talking about his passion for education and international assistance through which he brought profound social change. 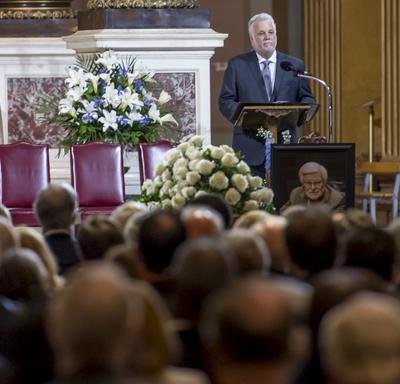 The Premier of Quebec delivered the first testimonial. 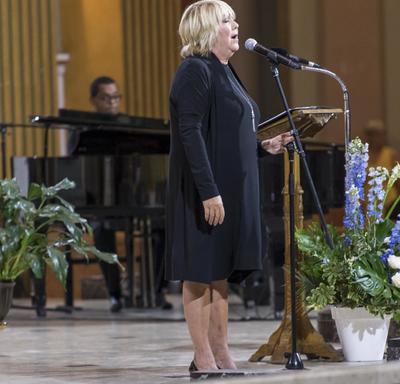 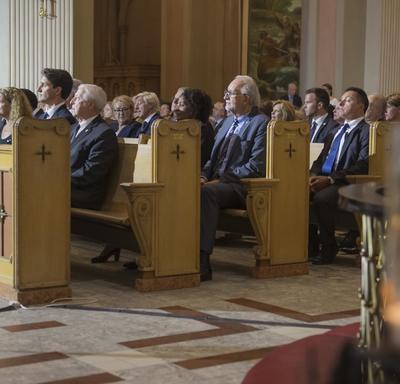 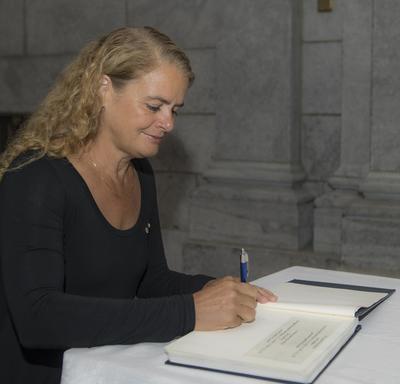 Upon arrival, Her Excellency signed the registry. 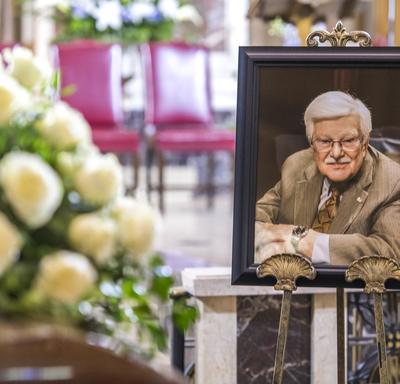 On August 9, 2018, the Governor General attended the funeral of Paul Gérin-Lajoie in Montréal, Quebec. 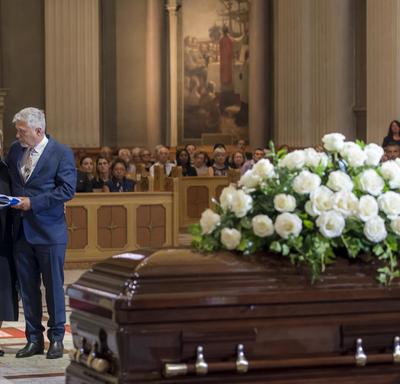 They were also given the Province of Quebec flag by Premier Couillard.